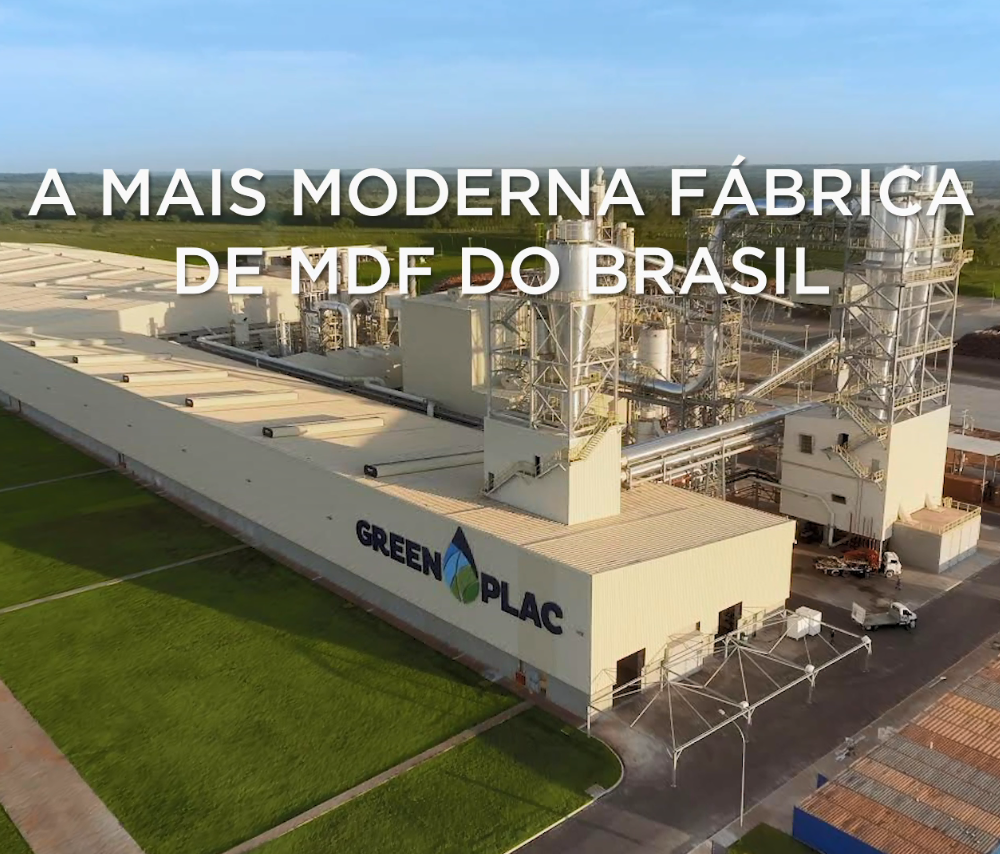 THE MOST MODERN MDF PLANT IN BRAZIL

It has been more than three years since the cornerstone was laid. During this period, roughly 700 people worked hard to build the industrial plant, which features over 40,000 square meters of built area, installed in a total area of ​​510,000 square meters – a space not translated by figures, but which is really impressive when one arrives at the place. Not only the machines manufactured by the Siempelkamp brand and imported from Germany, but also everything else in the plant is state-of-the-art – from the total reuse of water, following the precepts of sustainability, to the meticulous care dedicated to the cafeteria and the quality of food.

GreenPlac is today the largest investment the Group has ever made. A total of R$675 million were intended for the construction and implementation of the industrial plant, which will initially process 250,000 cubic meters of certified wood per year. A second line is already under study, which may increase capacity to approximately 650,000 cubic meters per year in the future, without the need to expand the plant.

This dream has come true thanks to the Group’s management, which believes in work, in Brazil, and in the people that allow all companies to become a success.