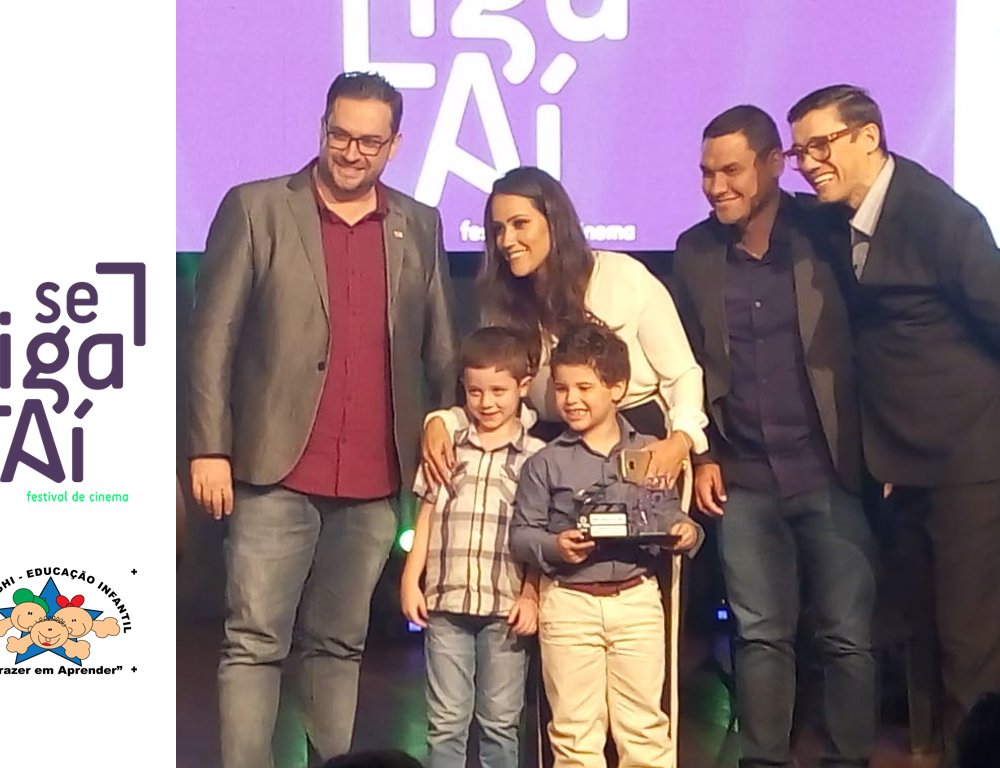 The short film A Criança e o Lixo (“The Child and the Trash”), produced by the students of the 2nd stage of the Nelly Colnaghi Foundation, aged between 5 and 6 years, won the prize of the children’s category of the Se Liga Aí Festival. The contest is promoted by TV TEM, an affiliate of Rede Globo in the interior of the state of São Paulo, Brazil.
In a project developed by Professors Adriana Marinho and Luís Flávio Cordeiro, the children learned the importance of recycling by visiting the Penápolis Recycling Workers’ Cooperative (CORP). In the classroom, they attended workshops on how to turn PET bottles, cans and other recyclable materials into toys.